The Richmond Charities' 'Out & About with my Freedom Pass' Group

Still a favourite of both young and old alike. We'd come to see the 25 metres long Blue Whale Skelton called 'Hope'. She replaced Dippy, the diplodocus in 2017 who had graced the Hintze Hall (Main Hall) since 1907. It was pretty busy when we entered and the group broke up and went their separate ways to explore this vast museum. Needless to say, we found each other in one of the coffee shops. The roaring animatronic Tyrannosaurus Rex: There was never anything like this when we were children. This new attraction allowed us to enter our second childhood and pretend we were as scared as those who were in their first. It was hard to imagine just how huge it must have appeared to the younger children. 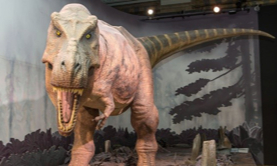 "You must come back in Spring to see the gardens in bloom." 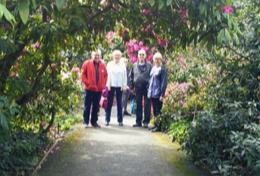 That's what everybody advised on our previous trip. We returned and weren't disappointed. Some were seeing Kenwood House for the first time. We strolled through the gardens, visited the house and enjoyed refreshments in the beautiful gardens. If you ever intend to visit Kenwood House, Spring is definitely the time. Otherwise, as regards blooms Isabella Plantation is as good if not better and a lot nearer. But, and there's always a but, the latter doesn't offer the panoramic views of London. Overall we had a great day out and isn't that what it's all about? Come and join us if you're able. 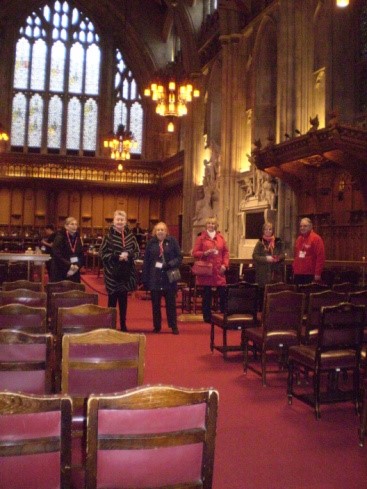 We hope you'll enjoy reading about our outings and find inspiration to get out and about whether with us or with your families and friends. A new idea we're trying out this year is to travel to the main place of interest and offer a 'Pick and Mix' of nearby attractions. The Guildhall Yard provided no less than five attractions not including coffee shops. Our first visit was to the wonderful Guildhall Art Gallery. This is a modern bright, spacious building with lots of lifts, toilets and seating areas. (Ideal for seniors). The Gallery houses the art collection of the City of London. It occupies a building that was completed in 1999 to replace an earlier building destroyed in The Blitz in 1941. Without leaving the building we made our way down to the Roman Amphitheatre. We found it easily but it took more than a hundred years of searching by archaeologists to find it. They finally discovered the ruins in 1988 hidden beneath Guildhall Yard. (A black circle in the yard outlines the position of the amphitheatre beneath.) It was quite a surprising discovery as the amphitheatre was found within the old Roman city walls, whereas the majority of ancient amphitheatres were located on the outside. After coffee, we crossed the yard to the Great Hall. It is possible to take a tour but we just wanted to make a brief visit. The Hall was well lit in preparation for a sitting of the Court of Common Council. There were rows of seats available for the public because the Law states that the public must have access to these meetings. The nearby The City of London Police Museum is quite a small one displaying many interesting objects to illustrate its history. Some of us had intended to visit the Clock Museum but were disappointed to discover it has been moved to the Science Museum in South Kensington. However, this gave us enough time to visit St Lawrence Jewry. This is the official church of the Lord Mayor of London and the City of London Corporation. It was rebuilt by Sir Christopher Wren after the Great Fire of 1666, but there has been a church on the site for around 900 years. After extensive damage in the Second World War, it was again rebuilt.