Our board of trustees is responsible for the charity’s strategic governance and comprises 13 people who live or work in Richmond.

They oversee all aspects of the charity including our almshouses, community and welfare grants and are also responsible for the charity’s historical endowed assets made up of our property and investments.

Trustee positions are voluntary, but travel expenses can be reimbursed. The board meets once every two months in Richmond. There are also regular meetings of the sub-committees: Finance Committee, Property Committee, Welfare Committee and Risk Management Committee.

Trustee positions are held for a maximum of three terms of four years each. When vacancies arise, they are usually openly advertised locally. For further information, please contact Juliet Ames-Lewis on 020 8948 4188. 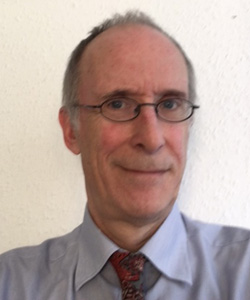 Jon Blythe is an accountant with a small tax practice on the Upper Richmond Road West. He comes from Coventry but has been in the Parish of Mortlake with East Sheen for 40 years (5 in Mortlake, 35 in East Sheen) where he is Treasurer and a member of the congregation at All Saints. His interests are more sporting than intellectual - tennis features very high, but rugby has always been top. He has recently become a grandfather and it hasn’t taken long for the boys to cast their spell! He can often be found at the Hare & Hounds in East Sheen, he attends to his wife’s allotment when necessary and in between things does enjoy juggling. Jon was a Trustee of Mortlake Almshouse & Relief Charities for 30 years and its Chair for 15 years. 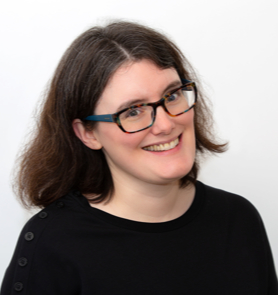 Emma Halford has lived in Richmond for 15 years. She is an insurance broker working for a property company in the West End and has also been sitting as a magistrate for over 10 years. 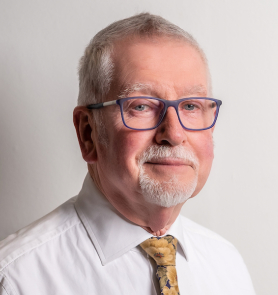 Alex Hall was born in North Kent and qualified in medicine and surgery from Leeds University in 1968. Having held post-graduate posts in general medicine, thoracic surgery, accident & emergency, obstetrics, paediatrics and anaesthetics, he decided to devote the remainder of his career to general practice. He joined Dr Shearman's practice at Cross Deep in Twickenham in 1973 and retired in 2011 having been senior partner for many years. Since retirement he has undertaken voluntary work as a classroom assistant and as a support work for 'Look and Plan' which is an activity group for people with mental health issues. Alex's hobbies are playing the piano and cooking. Alex joined the Trustee Board in 2019 and is also a member of the Welfare Committee.

Stephen King is a qualified accountant (Fellow of the Chartered Institute of Management Accountants) who worked for Ford, ITT, Schlumberger, Ladbroke, Inchcape and Gestetner (latterly as Group Finance Director) both in the UK and overseas. He also worked for 2 years on secondment to the Foreign & Commonwealth Office to manage UK participation in the 2005 World Expo in Japan and 6 years as Chief Operating Officer at The Royal Society for the encouragement of Arts, Manufactures and Commerce (RSA).

Stephen has been a Trustee of The Richmond Charities since 2013. He is Chair of the Welfare Committee and a member of the Finance Committee, Risk Management Committee and the Safeguarding Group. 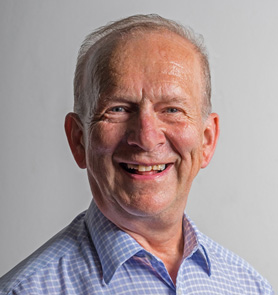 Serge Lourie is former Leader of LB Richmond upon Thames and was a Kew councillor for 28 years. He is a chartered accountant and was a member of Westminster City Council (1971–74) and the Greater London Council (1973–77). He chaired London Boroughs Grants Committee, awarding grants of around £29m to the voluntary sector in London. Serge was formerly a board member of the London Tourist Board and the Metropolitan Police Committee. He chaired the Independent Panel on members' remuneration for the Association of Police Authorities.

Serge was Chairman of the United Kingdom Housing Trust, Kingston Hospital NHS Trust and Sanctuary Housing Association. He has also been the General Secretary of Help the Aged and a board member of London Pension Fund Authority and Notting Hill Housing Trust.

Serge was previously a Trustee of Kew Community Trust and chairs Poems in the Waiting Room, a British charity providing poetry cards to doctors' waiting rooms in England and Wales. Serge has been a Trustee of The Richmond Charities since 2009 and is Chair of the Finance Committee and a member of the Property Committee. 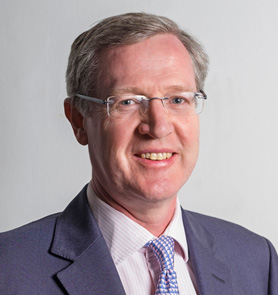 Peter is married with four children and lives in East Sheen. Peter has been a Trustee of The Richmond Charities since 2005 and became Chair in 2018. Peter is also a member of the Finance Committee. 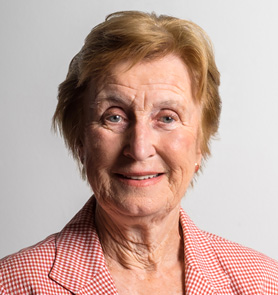 Margaret founded a Residential Property Management Company and still runs a family property company. Margaret has been a Trustee of The Richmond Charities since 2012 and is a member of the Property Committee. 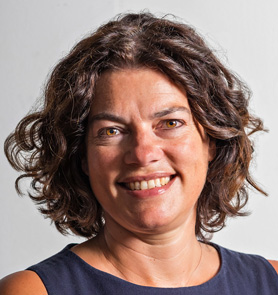 Katherine is a partner and head of the employment law team at Moore Blatch solicitors. She works from the company’s Richmond and Southampton offices, handling all aspects of employment law, acting for clients ranging from large corporates to small companies, as well as senior executives. Katherine has lived locally for over 15 years and is involved in a number of local networking groups. She is also a governor of Marshgate Primary School. Katherine has been a Trustee of The Richmond Charities since 2015 and is a member of the Risk Management Committee and the Safeguarding Group. 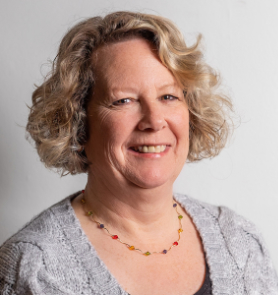 Kate O’Brien works part-time as an administrator and bookkeeper at a school in Chiswick. Previously she worked for a software company.

Her family moved to Richmond in 1981 and all her four children attended local schools. Kate served as a Governor at The Vineyard School during this time. She has been a Samaritan and a Cruse Bereavement Volunteer in the past.

In her spare time, as well as enjoying spending time with her grandchildren, she is a keen reader (she was the founder member of a book group which has been running continuously since 1984!), enjoys the cinema and walks in the many green spaces in the borough.

Kate joined the Trustee Board of The Richmond Charities in January 2019 and is also a member of the Welfare Committee. 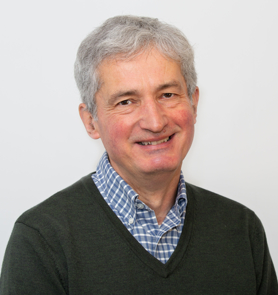 Richard Pyne was elected to Richmond Council in May 2018 and represents the North Richmond ward. He serves on the Social Service and Housing Committee and is a trustee of Richmond Parish Lands Charity and of the Museum of Richmond. Now semi-retired, Richard was a Partner in an international management consultancy firm and prior to that worked in Human Resources in industrial companies. He is a long-standing volunteer at Kew Gardens and also enjoys golf and quizzing and has appeared on several TV quiz programmes. He lives in East Sheen with his wife and daughter. Richard joined the Trustee Board in January 2020. 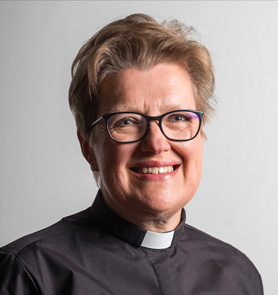 Rev'd Wilma Roest is Team Rector of the Richmond Team Ministry, a post she took up in July 2016. Wilma was previously the Vicar of the Parish of St Mary and St John the Divine in Balham from 2006, and Area Dean of Tooting from 2009. One of her duties as the Team Rector with responsibility for St Mary Magdalene, Richmond, is to be an ex-officio Trustee of The Richmond Charities. Wilma became a Trustee of The Richmond Charities in July 2016 and is a member of the Welfare Committee. 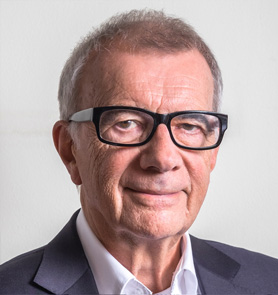 Mike has lived in Richmond for 50 years. From 2006 – 2016 he was a Governor of the Old Vicarage School in Richmond, 5 years of which was as Chairman. Mike is a Cruse bereavement counsellor and he has also joined the Cruse Richmond management team as an advisor and member. Mike was appointed to the Board of The Richmond Charities in 2018 and is also a member of the Welfare Committee. 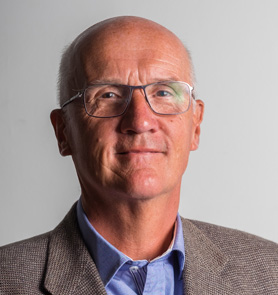 Jeremy was born in Kew and has lived in the London Borough of Richmond for virtually all his life. He was a partner in a local firm of solicitors, Calvert Smith and Sutcliffe, based on Richmond Green, for 35 years until he retired in January 2013.

Jeremy now devotes most of his time to his membership of The Richmond Golf Club, supporting Fulham Football Club and his voluntary work. He is a Trustee of The Royal Cambridge Home, a care home for the elderly situated in East Molesey.

Jeremy became Vice-Chair in 2022. He is also Chair of the Risk Management Committee, Chair of the Property Committee and a member of the Safeguarding Group.